HEMISEPT for CATTLE – 100ML is the best Homeopathic Veterinary Medicine for Cattle As a Supportive Therapy to all Respiratory Disease, Acute &
Chronic Bronchitis & H.S. (Haemorrhagic Septicaemia).

Homeopathic Veterinary Medicines of Goel Vet Pharma Pvt Ltd are Manufactured in WHO GMP certified manufacturing facilities with utmost care and hygiene, hence these medicines are very effective and useful in field conditions. Thousands of doctors are prescribing and farmers are using these medicines with confidence and getting excellent results.

As a Supportive Therapy to all Respiratory Disease, Acute &
Chronic Bronchitis & H.S. (Haemorrhagic Septicaemia) in Cattle.

This Homeopathic Veterinary Medicine specially formulated for Pets to give safest and side-effect-free medication with keeping in mind that Efficacy and Quality of product must be maintained. Here is some factual representation of homeopathic drug pictures for a common reference.

Difficult respiration, Accumulation of mucus with incessant coughing. Loss of voice. Burning rawness in throat spasm of the glottis with suffocation patient gasps of breath Pain in the oesophagus on breathing deeply. Scraping and burning in the throat and esophagus. Uvula covered with white mucus. Nasal diphtheria with burning excoriating discharge.

Hoarseness, Dyspepsia, breathing hurried, and difficult. Edema of the larynx. Feels as if he could not draw another breath. Suffocation, short, dry cough, suprasternal. Hydrothorax.

Hoarseness. Great rattling of mucus, but very little is expectorated. Velvety feeling in the chest. Burning sensation in the chest, which ascends to the throat. Rapid short, Difficult breathing, seems as if he would suffocate, must sit up Emphysema of the aged. Coughing and gaping consecutively. Bronchial tubes overloaded with the larynx. (Edema and impending paralysis of lungs. Many palpitations with uncomfortable hot feeling. Pulse rapid, weak, trembling. Dizziness, with cough Dyspepsia relieved by eructation. Cough and Dyspepsia better lying on the right side.

Unable to lie down, fears suffocation. Air passages constricted. Asthma worse midnight. Burning in chest. Suffocative catarrh. Cough worse after midnight. Worse lying on the back. Expectoration scanty, frothy. Darting pain through the upper third of the right lung. Wheezing respiration. Hemoptysis with pain between shoulders, burning heat all over. Cough dry, as to form sulfur, fumes after drinking.

Nausea, Aversion to and bad effects from acids. Whooping cough, the paroxysms following each other very rapidly can scarcely breathe, chokes. Cough very deep and hoarse; worse after midnight; yellow expectoration with bleeding from nose and mouth; retching, deep hoarse voice hoarseness; laryngitis. Rough, scraping sensation deep in the fauces and soft palate. Sensation as if crumbs were in the throat, of a feather in the larynx. Laryngeal phthisis with rapid emaciation. Harassing and titillating cough in children not at all throughout the day but commences as soon as the head touches the pillow at night. Clergyman’s sore throat, with rough scraping, dry sensation deep in the fauces; voice hoarse, deep toneless, cracked, requires exertion to speak. Asthma when talking, with contraction of the throat at every word uttered.

Dyspepsia, during damp weather. Must hold chest when coughing. Humid asthma rattling in the chest at 4 and 5 am cough with thick ropy, greenish expectoration chest feels all gone. Constant desire to take deep, long breath. Asthma in children, as a constitutional remedy. Delayed resolution in pneumonia. Springs up in bed the cough hurts so; holds painful side. Pain through the lower left chest. Every fresh cold brings on an attack of asthma.

Hoarseness; worse evenings. The larynx was very painful. Clergyman’s sore throat; violent tickling in larynx while speaking. Apnoea, worse evenings, with rawness. Cannot talk on account of pain in larynx. Cough from tickling in throat; worse, cold air, reading, laughing, talking, from going from a warm room into cold air. Sweetish taste while coughing hard, dry, tight, racking cough. Congestion of lungs. Burning pains, heat, and oppression of the chest. Tightness across chest; great weight on chest. Sharp stitches in chest; respiration quickened, oppressed. Much heat in the chest. Pneumonia, with oppression; worse, lying on the left side. Whole-body trembles, with the cough. Sputa rusty, blood-colored, or purulent. Tuberculosis in tall, rapidly-growing young people. Do not give it too low or too frequently here. It may but hasten the destructive degeneration of tubercular masses. Repeated hemoptysis Pain in throat on coughing. Nervous coughs provoked by strong odors, the entrance of a stranger, worse in the presence of stranger; worse lying upon left side; in the cold room.

Hoarseness. Hurts to talk. Bursting pain in back or coughing. Catarrh of the larynx. Loss of voice. Hacking cough. Thorax feels too narrow. Cough often ends in a sneeze rattling in the chest. Chest oppressed on ascending bronchial catarrh, with sore chest walls; much mucus, the sensation of oppression, and the weight of the chest. The difficult raising of tough, profuse mucus, in the aged. Asthenic bronchitis of old people with chronic interstitial nephritis or chronic emphysema. Old asthmatics with congestive attacks. Exudations in though lungs were forced back to the spine. Voice unsteady, vocal cords partially paralyzed.

Symptomatical description of Homeopathic drugs is taken from authoritative literature with Homeopathic provings based on Homeopathic Pharmacopeia of India.

5 ml. three times a day. Or as per the severity of infection or
directed by Doctor.

For Faster Relief & Quick Action of Medicine Please make sure that medicine must be touched through the tongue. Please do not increase the dose let decrease the time interval of medicine. you may give medicine to the animal within the interval of half an hour to one hour or as suggested by the doctor. Please dissolve the tablets in drinking water or rub the crushed tablets directly on the tongue of the animal. Try the following methods for liquid or tablets dissolved in water.

Method 2: Please take Bread, drop 5 ml medicine on it as if ghee and give to the animal. Let animals eat Bread with medicine.

Method 3: Please take Syringe of 5 ml, fill it with Medicine spray it on the tongue or Nostrils of animal let animal taste the medicine

Please Note that do not Drench the Medicine to the Animal, Let Animal Eat or Drink the Medicine.

Be the first to review “HEMISEPT for CATTLE – 100ML” Cancel reply 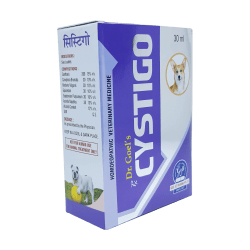 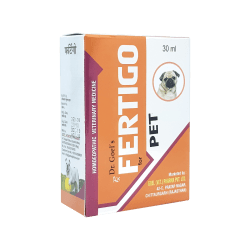 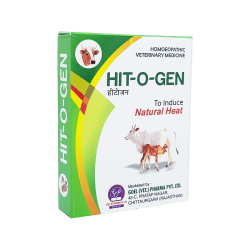 HIT-O-GEN for Natural estrus in Cow 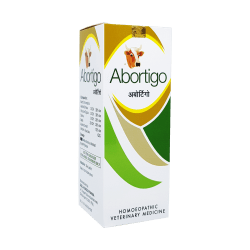