INFLASULE for pets is an excellent remedy in treating inflammation of joints, lameness, shifting pain due to swelling of joints (LYME DISEASE) associated with fever and anorexia, inflamed eyes of any reason or pain in the joints as in the case of arthritis.

This unique formulation was brought up by the leading Homeopathic Veterinary Medicine producing company Goel Vet PharmaPvt Ltd. The company is certified under WHO GMP practices which highlight its hygienic manufacturing facilities. All the available formulations had undergone many clinical and field trials thus gaining trust among many veterinarians and pet parents.

Homeopathic remedies work on the principle of “similia similibus curanter” which means “like cures like”, so is our INFLASULE. Hence, such formulations that cause symptoms like a diseased animal in a healthy one are used to prepare this wonder drug formula to be able to treat inflammation of joints of varied reasons. It is a formulation that is developed by a renowned Indian veterinarian after consulting many homeopaths and conducting advanced field trails over the years.

HOMEOPATHIC DRUGS USED IN THE FORMULATION

Quality, efficacy, and safety are the utmost priorities of INFLASULE formulation. Cost-effective health care with no contraindications or side effects are the added benefits of using a homeopathic remedy. Facts about the homeopathic medicines used in this formulation:

This a best-indicated remedy for any swelling or puffing up of various parts, edema, red rosy hue, stinging pain, soreness, intolerance to heat, or slight touch mostly aggravated in the afternoons.  Apis acts mainly on the outer skin, coating of inner organs, and serous membranes. It cures serous inflammation with effusion, inflammation of brain membranes, heart, and pleuritic effusion.

It acts prominently on the glandular swellings, inflammations of fibrous or connective tissues thus treating infiltration and edema. Enlarged or indurated glands, severe body pains including bones, contraction of joints, thickened periosteum of long bones especially tibia, high sensitivity to touch, chronic arthritis, rheumatic pain at night in cold weather mainly knee joints with effusion, pain in the backbones especially coccygeal and in the hip region and forced limping can be recovered using this drug. Sciatica, difficulty in lying, sitting or standing on the affected side, uneasy during night times, difficulty in flexing and walking, difficulty in flexing or extending lower limbs while sitting or lying down are the symptoms that are better improved by this medicine.

It is the best remedy for treating painful and stiff Knees, swelling of feet that are hot to touch, joints that red, swollen, and inflamed. Joints that are painful and sensitive and which get worst even on least movement, joint sprains, injuries, pain due to fractured bones, reddened or swollen joints, swelling in the elbow bones, and joints can be recovered with this medicine. Stiffness in the limbs can be reversed with a definite improvement in the pain and swelling of the joints.

Pain all through the foot and limb which could be due to gout, in joints mainly small joints, swollen, and hot to touch can be recovered. Pain and pressure intolerance in the shoulder mainly the right one, cracking sounds in the joints that get worst with the warmth, gouty nodosities in the joints, swollen toes, rheumatism that begins in the lower limbs and ascends, swollen blotchy ecchymotic legs, and feet, easily sprained or swollen ankles, unable to move a step due to painful soles can are the symptoms that can be improved by this medicine.

Symptoms like redness, swellings, edema with exudations, swollen muscles, profuse oily perspiration, weak and weary limbs, pain in the limbs or bones that get worst in the nights, bones are felt like broken and sprained joints can be relieved with this drug. Involuntary jerking, trembling and convulsions of the limbs mainly forelimbs are better recovered. Lacerating pain in the joints and unbearable eliciting pain in the limbs can be improved.

Sweating in the foot, weakness of the extremities, swelling of the joints especially the knees, burning of soles, sprains, tearing in the muscles, creeping limbs like a mouse, get tired of even a short walk, burning soles, cold and damp feet as if damp stockings were worn are the symptoms that can be cured using this homeopathic medicine.

Note: All the above mentioned symptomatic description of the homeopathic drugs is taken from approved literature of homeopathy with an underlying base from Homeopathic Pharmacopeia of India.

Dosage: 20 drops three times a day or as directed by the doctor.

Make sure that medicine touches the tongue of the recipient for faster relief and quick action. Increasing the dose should be avoided; rather decreasing the time intervals between successive drug administrations is advisable. Different methods of administration:

Drop the medicine directly on the tongue by opening the pet’s mouth or into the nostrils, to make sure the animal licks it.

Fill an empty 5 mL syringe (needless) with the medicine and distilled water and directly spray on the tongue of the pet or into the nostrils gently. Confirm that the medicine is licked by the pet.

Note: Do not drench the medicine, let your pet lick it with the tongue.

Be the first to review “INFLASULE for PETS 30ml” Cancel reply 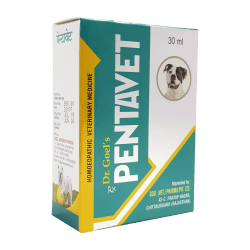 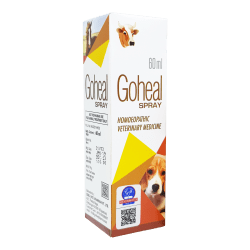 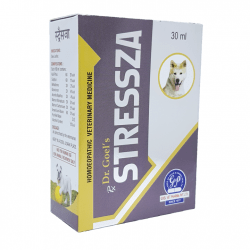 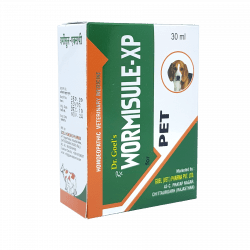